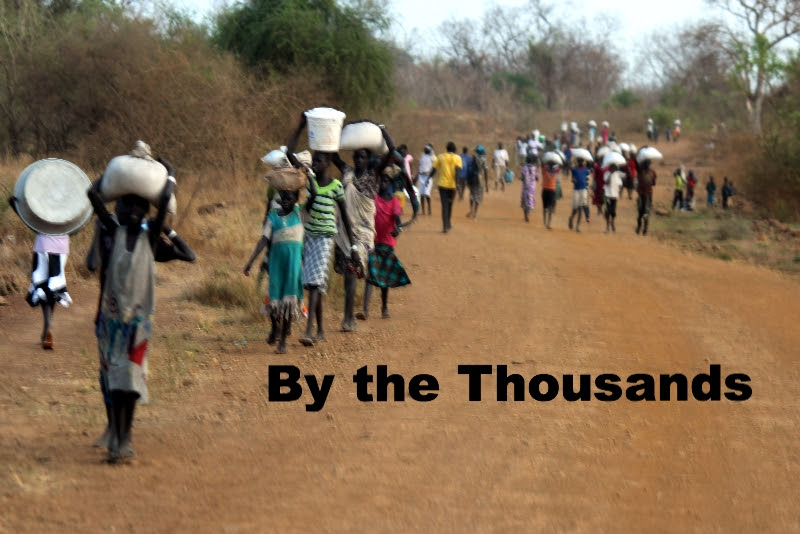 Akula: a forest of tiny ‘pup-tent’-like dwellings fronted by cooking fires and filled with children. The tiny faces peeking out to stare at the “Kawaja” (white folks) walking by, break into sudden and delighted smiles as we greet them. Dozens of little hands try to hold mine as we wind our way to the ‘church’ - a large tree around which 3,000 Christians from many denominations are gathered. The new refugee camp of Akula, now one month old, is already sheltering 33,000 with more arriving daily. 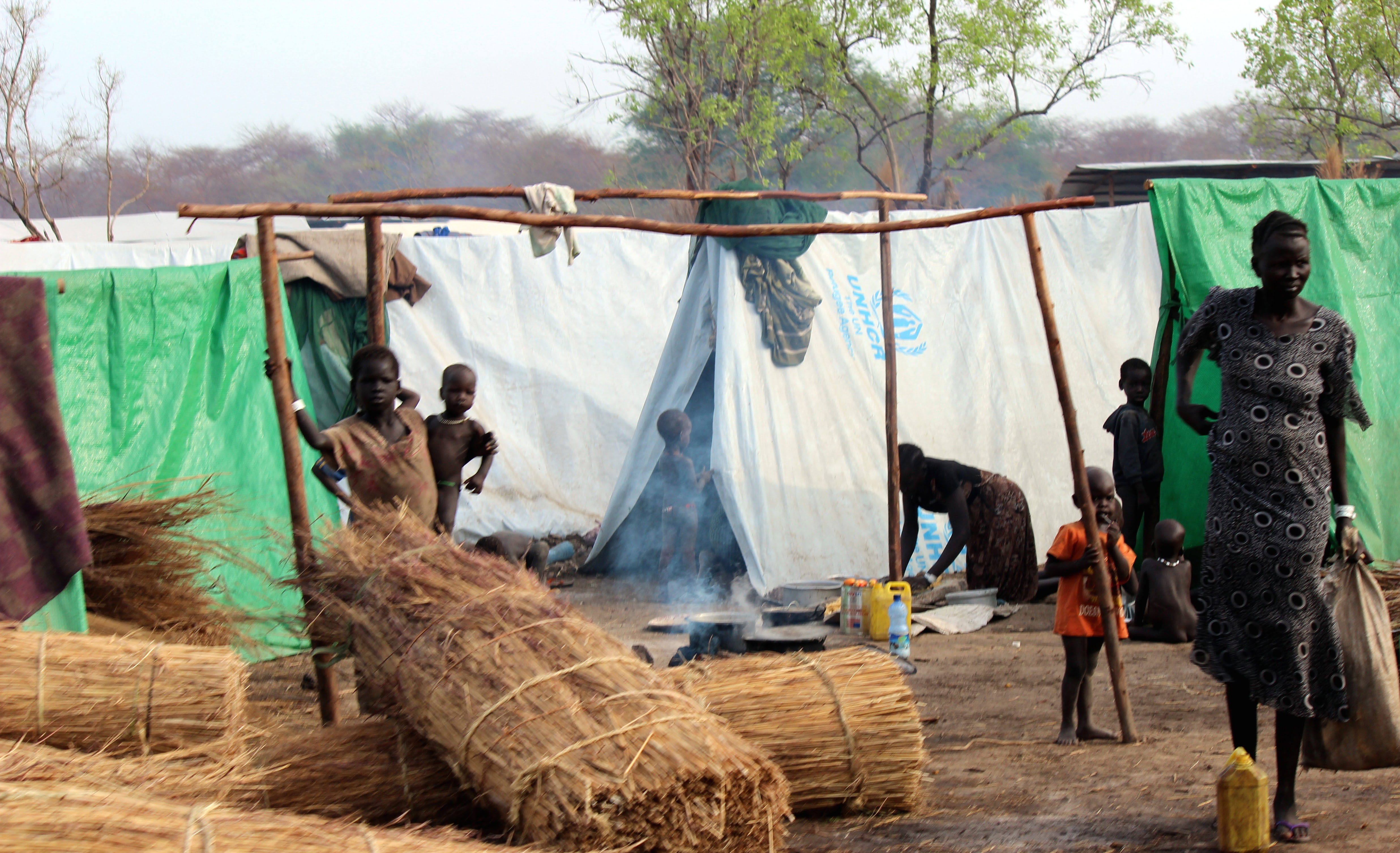 Glimpses of the stories of those who have fled here for shelter were seen in the prayer requests.
“My sister died on the way. Her children were suffering from dehydration so they were brought here for medical care without being registered. Now they are with me, but they are not registered, so I cannot get food ration cards for them. Pray that I can get rations to feed them”
“My husband Jacob has been missing since December 15th. I can get no news. I pray to know if he is alive or dead.”
“Not all of us are here. Our beloved elders...” A few stand up to share their reflections.
“We should not be surprised at the calamity which has fallen upon us. It says in the Bible that these things can happen. But be encouraged, for nothing, not even this, can separate us from the love of God.” 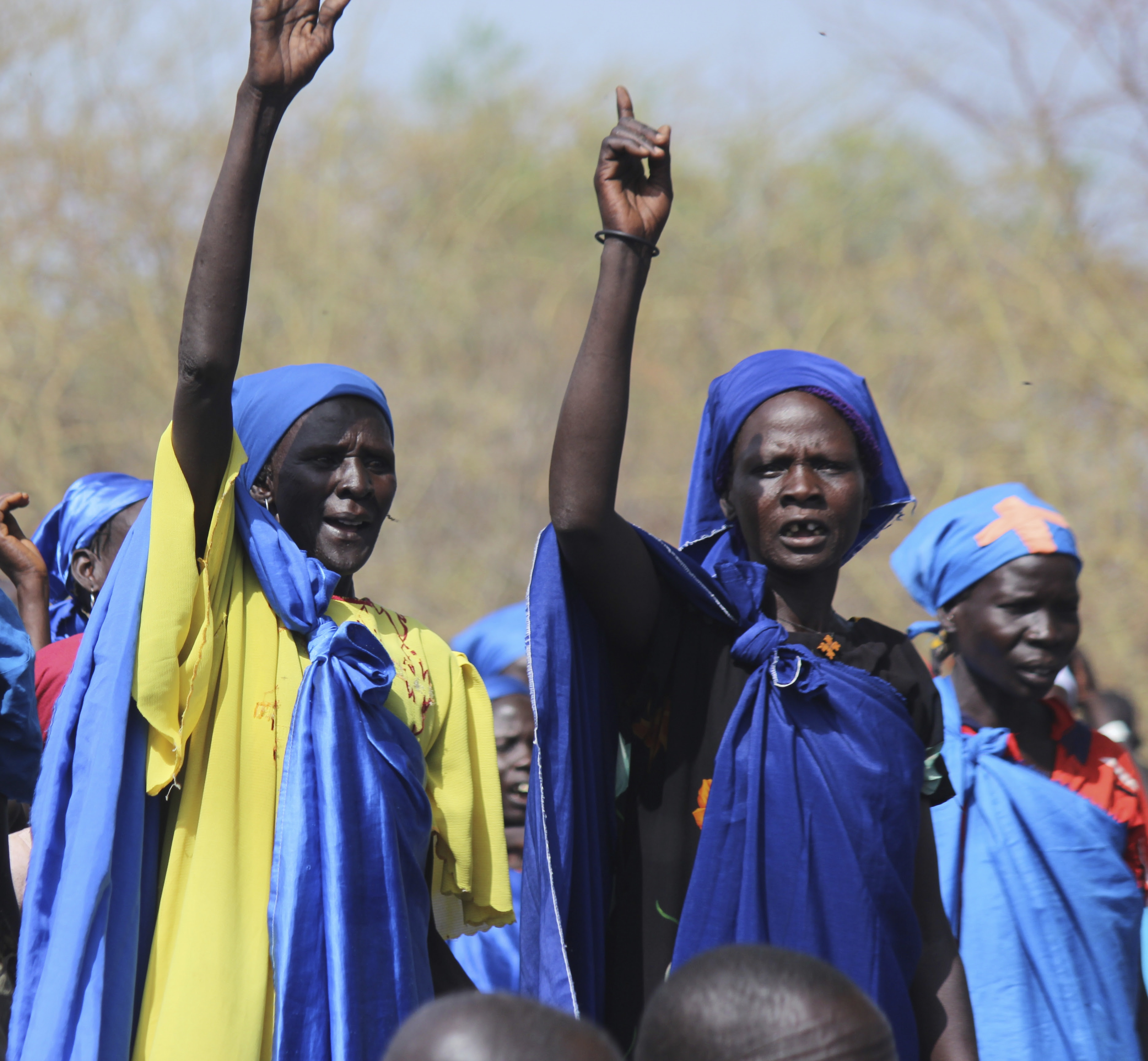 “It was quarreling that brought us here. We must forsake quarreling.”
Sadly, poignantly, many tried to make sense of overwhelming evil: “It was our greed. It was our idolatry” 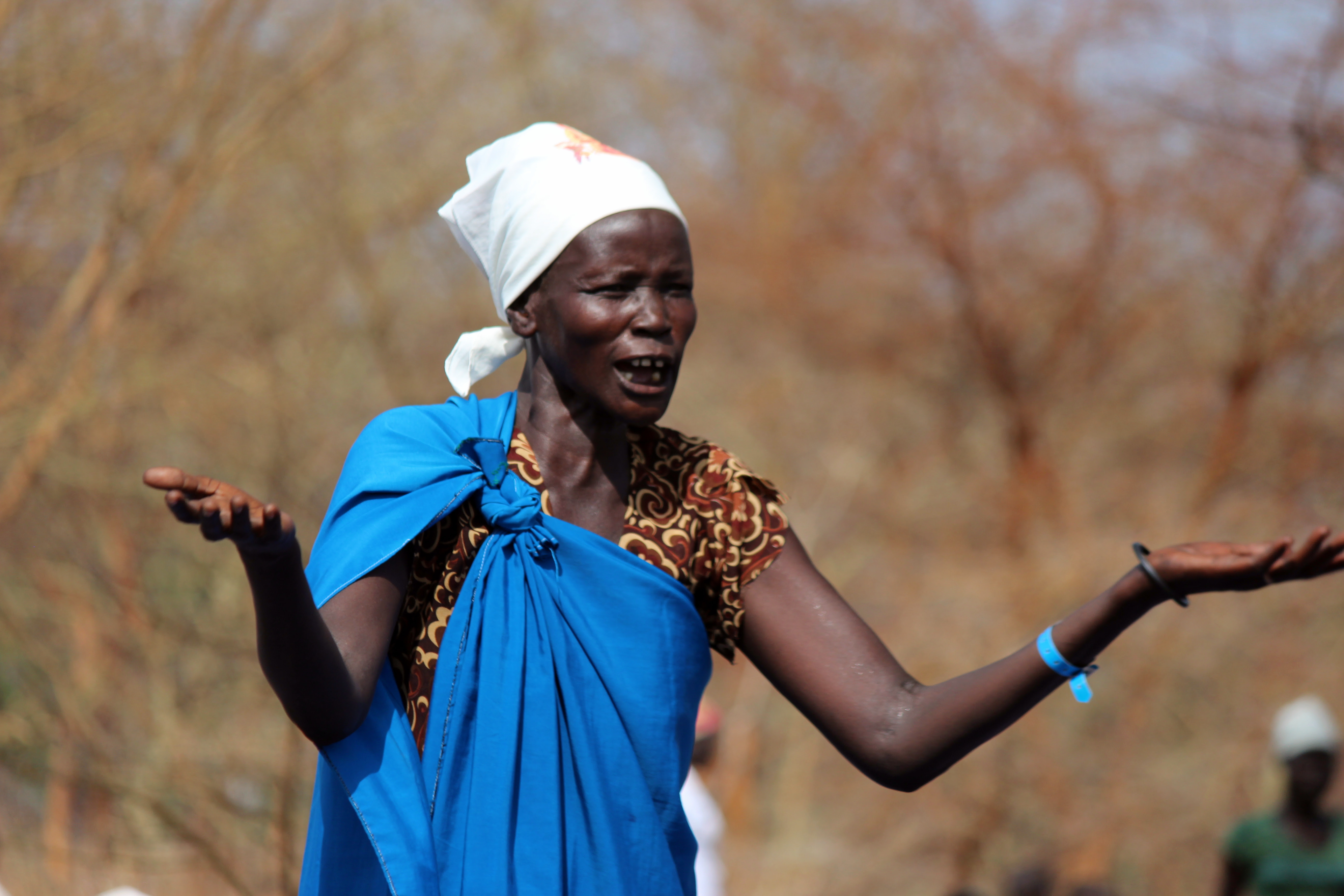 The congregation breaks out in song.
“Let us greet one another, and when Jesus comes, we will all love one another.”
“Let us kneel together before our Jesus”

Grant is invited to preach: “Jesus hates suffering and death. He wept at the tomb of his friend, Lazarus. A couple of weeks later, he gave himself to die on the cross and to rise again, defeating suffering and death. Because Jesus rose from the dead we know that one day there will be no death, there will be no suffering - God will wipe away every tear from our eyes. And on that day people from every tribe will be together around the throne - white people and Chinese and Arab and Nuer and Anuak and Dinka and Murle - so we should get used to being together now!”

Snap shots of life in the Horn of Africa:
Gambella
February:  We had a wonderful time with a team of engineers and architects who came to help design new structures for the Gambella Centre so we can accommodate a new theological college in next year.
March: The rain is coming soon - we worked hard to organize the construction of as many new, simple church buildings as possible before the rains come in April - 30 new churches under construction. It seems that we now have about 80 Anglican congregations in this part of the world.

Addis
March: While Wendy was in Canada visiting her father, Grant preached and led worship at St Matthew’s, our English congregation; collected large piles of used clothes for refugees in Gambella; met with house group leaders from a non-Ethiopian part of our Episcopal Area (a country about which I can’t say too much); arranged for our Opo priest (David Onuk) to attend a one month course on Bible translation (David and two others have now finished translating the Gospel of Mark into Opo, the first book of scripture in their language)

Mekele
March: Grant spent three days doing Bible teaching and leading worship with a congregation made up of students (some Ethiopian, some from other countries) whose only common language is English; learned of at least three other university cities where groups of students are meeting to worship in English in new Anglican congregations ... the Bishop is always the last to know.

Egypt
March: With Wendy back we headed to Egypt: Grant teaching New Testament exegesis of the passion narrative of Mark’s gospel at the Alexandria School of Theology, as well as having diocesan meetings and preaching at five different congregations.

Gambella
Last night: Back in Gambella our deacon, Gabriel Luot was arrested in Gambella on his way home to Sherkole refugee camp from our monthly clergy training session. Fighting between Dinka soldiers from South Sudan and Anuak from Abol the previous night (one from each side killed just a few kilometers outside of Gambella town) has heightened tension against the Dinka - and Gabriel is  Dinka. Darash, our Anuak (!) priest went to the Gambella police and was able to get Gabriel released.

Today: David Onuk, John Bol and Isaac Pur work in our office meeting room, translating the gospel of Mark into the Opo language. Today they will finish  Chapter 15 and 16 and then bring it to the Opo people and read the whole thing on Easter day - then the process of editing will begin.

Still today: Two Anuak women have been walking around our compound cursing the Gambella Anglican Centre and trying to pull up our fence in an attempt to extort thousands of Birr (Ethiopian money) from us for land they (falsely, according to local authorities) claim to own. This claim might have had more weight if there weren’t several others also claiming ownership of (and therefore compensation for) this previously uninhabited and unused land, and all of whom refuse our offer to take these claims to the municipality where the land ownership history and title deeds are known and kept.

More today: A Regional Dean for the Anglican Diocese of Malakal, South Sudan, displaced by the war, came for help to give him transportation and food/accommodation as he makes his way to Addis, and then to Kenya to be re-united with his family.

Again...today: We had a very helpful visit from leaders of the ‘Ethiopian Network of Religious Leaders living with HIV-Aids’, an organization started by our deacon, Ayano, now deceased.

Tonight: We discover news of “Koma” people (the name of the Opo people who live in South Sudan) who have fled to Opo villages in Ethiopia to escape forced conscription into the so-called ‘white army’ of South Sudan. Their villages having been burned, they are now being housed and fed by our Opo Christians.

Right now: We welcome Michael Anyar’s wife Elizabeth and their five children, now needing to flee threats of violence against them due to their Dinka ethnicity. They will stay in our compound until we can arrange transport for them to Addis.

In Gambella the refugee situation caused by the fighting in South Sudan continues to worsen. The latest official (UN) figures cite 92,448 registered South Sudanese refugees in the Gambella region with 13,000 listed as waiting registration. Estimates predict between 150,000 to an unbelievable 300,000 arriving by the end of this year, nearly doubling the population in this already under-serviced area. Christian friends from all over the world have been providing much needed support for our ministry among these new exiles.

Visits to refugee churches will dominate the next month. Pray for these dear Christians who need to know that their suffering is caused by human evil and is not a result of God punishing them (sadly a common explanation for their plight).
Posted by Bishop Grant and Doctor Wendy at 4:16 AM